Stronger Together / Tous Ensemble was broadcast across Canada on Sunday, April 26th, at 6:30pm EST

“‘Lean on me, when you’re not strong’…it’s as simple as that”

That’s the message that ArtistsCAN singer, Tyler Shaw, wants to get across with their cover of “Lean On Me”, that was released at the end of last night’s Stronger Together / Tous Ensemble broadcast.

ArtistsCAN is a collective artist initiative raising funds for COVID 19 relief in Canada. Created by artists Tyler Shaw and Fefe Dobson, the pair gathered other musicians from across the country to cover the Bill Withers treasured classic “Lean On Me.” With over 25 artists virtually coming together in song, all proceeds from the single go directly the Canadian Red Cross to fight COVID 19 in Canada.

The artists include (in alphabetical order):

Tyler Shaw joined us on Moose Mornings with Tom, in Timmins, this morning to talk about where the idea to cover Bill Withers’ “Lean On Me” came from, and how he and Fefe Dobson were able to get so many incredible artists to contribute to this campaign. To learn how to contribute to the ArtistsCan campaign, and to hear the full conversation with Tyler Shaw, see below. 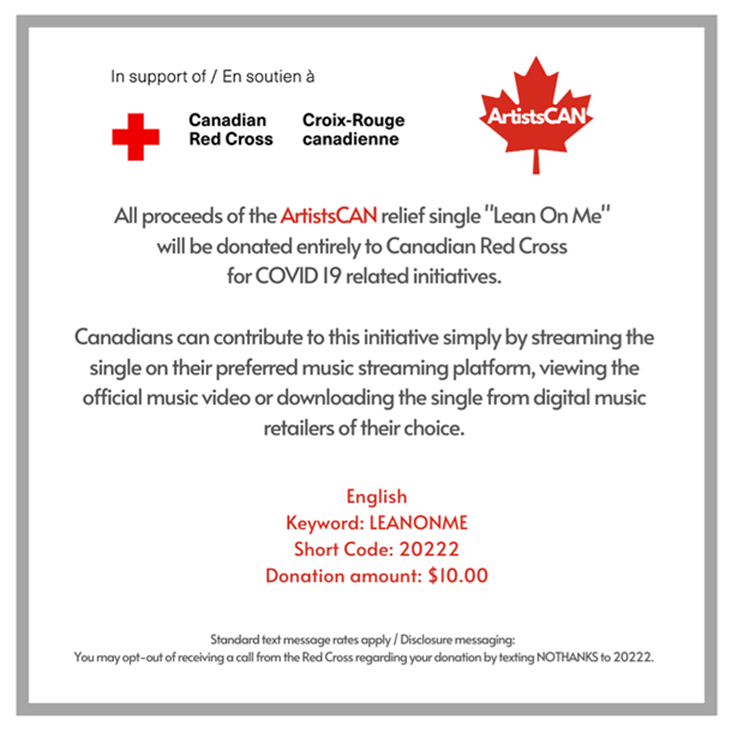