Timiskaming-Cochrane MPP John Vanthof is taking another run at having the Ford government improve winter highway maintenance in the north.

In the legislature this week, the New Democrat again demanded that standards for snow removal be improved.  He pointed to the closures of Highways 11 and 17 for up to 24 hours, due to Monday’s snow storm.

“Which wasn’t a major winter event,” he submitted. “It was a snowfall event. That, that is unacceptable.”

“You could make a quick change for Hwy. 11 and 17, which are Trans-Canada highways, to move them up to Class 1 for winter maintenance, the same as the 400 series of highways.”

Vanthof says that would give contractors access to more equipment, and the highways would be cleared faster. The Conservative government has rejected his proposal in the past. 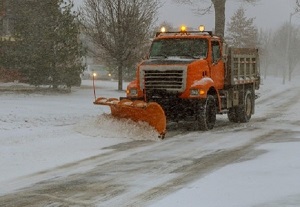