From life in Timmins to volunteering on her vacations to help expose the slaughter of dolphins in a cove in Japan.  That sums up the passion of 31-year-old Kelsey MacDonnell.

She works with a non-profit organization that shoots video and photos of dolphin hunters herding the marine mammals into a cove, then selecting them for captivity to be performers around the world.

“Most of them come from this one little cove in Japan,” MacDonnell explains, “ and the ones that get taken for captivity get shipped off to crates to start training them and the other ones get slaughtered for their meat.” 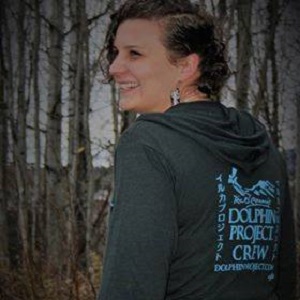 There isn’t a lot of demand for dolphin meat, but MacDonnell says some of it is passed off as whale meat, a Japanese delicacy.

MacDonnell became interested in the work ten years age,  when she saw a documentary about the cove.

“The main problem is not the hunters in Japan,” she says. “ It’s the world who goes to dolphinariums, and people who pay a ticket to go see a dolphin show or go swim with dolphins.  It’s a supply and demand in Japan, but we’re the people who supply it, so we need to stop.”

MacDonnell is looking for local support for the organization she volunteers for.  You can find more on her Facebook page and contact her via email, [email protected]