"Portrayals of Human Condition" will be launched FRi., Jan. 11, 3::-9:00pm at the Fishbowl restaurant in Timmins. Photo credit: Anne Pelletier

A seafood restaurant is an unconventional place for a book launch.  Then again, “unconventional” also describes the writing and photography of Anne Pelletier.

The Iroquois Falls native who worked in Timmins for three decades until moving to Lake Country, B.C. a couple of years ago is launching her third self-published book at the Fish Bowl in Timmins, Friday from 3:00pm to 9:00pm.

“Portrayals of Human Condition” follows Pelletier’s pattern of – as she says – taking one-page stories and leaning them up against her nature photos. Only this time, it’s stories and black-and-white photos of homeless people. 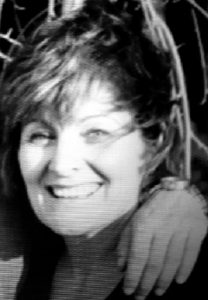 Pelletier says the wildfires in B.C. last summer, while she was actually writing book four, changed her thought process.

“I was at a place where I writing book 4 and there was a lot of fires in Lake Country (near Kelowna),’ says Pelletier, “and I noticed that my thought process was different than the other two books.”

She adds that it’s weird how the environment can change a person’s thought process.  In this case, she became aware of homeless people.

“And so if I wanted to be true to what my thoughts were, I had to switch books over and dive into something more meaningful than how pretty it is here and, you know, all the water’s flowing, how beautiful.”

Pelletier says her writing is “not exactly poetry, but not exactly not poetry.”

“What it is is a one-page story.  Sometimes it’s one sentence broken up into five words and it’s just prolonged, to have a specific meaning.”

Her main goal is for “Portrayals of Human Condition” to prompt more understanding of homelessness.